Symbols of Fear, Hate and Adoration 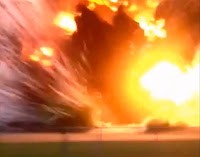 Humans are funny creatures; we respond more to symbols than to reality and can therefore be so easily manipulated. So much more has been publicised about the bombs at the Boston marathon that killed three than the explosion in Texas two days later than killed 15 people. The Boston bombs come under the heading and therefore the hysteria of terrorism rather than the senseless madness of a couple of very disturbed people. The Texas fertiliser factory explosion is just part of the lax health and safety of the agrichemical industry which is routinely destroying our food and our earth. It is big business and therefore not a threat to us!

Here in UK, there is so much fuss about an old lady dying in her sleep in a £3,200 a night suite at the Ritz Hotel. Mrs. Thatcher as a political force died twenty years ago when her Cabinet threw her out. She was a symbol rather than a person. I can't celebrate her death (but it does sound like quite a nice way to go...) but she represent a personification of the forces that have removed ethics, morality and compassion from the business and political world and we are today reaping the results of this as globalised casino capitalism dominates the planet.
Posted by Martin at Sunday, April 21, 2013 No comments: 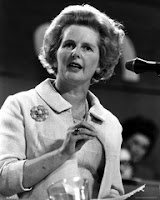 Mrs Thatcher broke the mold of boring elderly men as politicians who looked and as acted like everyone's dad or granddad. In that way she may have supported the aspirations of women. However she did this by being "the only man in the Cabinet" and being more confrontational, intransigent and bullying than most men would ever dare to be.  Her most destructive achievement was to completely remove all traces of ethics or  morality from politics. Before her the twentieth century had given us some inroads of ethics and morality into public life; Gandhi, socialism, communism, civil rights, trade unions - though all imperfect, and some like communism very distorted.  She replaced it with her ideology of the individual and the market and paved the way for "casino capitalism" which has got the world into the mess it is in today. She also gave us soft ice-cream from her work as a food chemist on the emulsification of fats and, I believe that same research, gave us Baileys Irish Cream; great with ice when in the hot tub! May she rust in peace.
Posted by Martin at Tuesday, April 09, 2013 No comments: