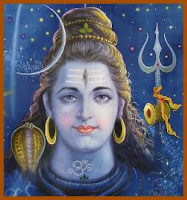 Are you your tension?

There are two sorts of tension we can experience in our body. If we can easily feel that we are tense, then it is usually from a recent or current event in our environment.  Somone shouts at us, or deadlines loom or we feel overwhelmed by emails......life really.  This is a sign to us to deal with our stress,....relax, breath rest...all the things we know we should do and are good for us.
There is another sort of tension in our muscles which is so old, so familiar that it feels like us. It has structured our bodies and made us into the shape that we think is us, is normal, is who we actually are. This chronic tension is invisible to us and proabably happened in the first five years of life as the impact of our upbrinding and the "civilising" of our parents did its work.  This is the really tricky one, our "body armour" our comfy layers of tension and habit which imprision us and stop the free flow of life energy in our bodies. This takes work on ourselves and, dare I say it, therapy and bodywork to gradually dissolve.

Early trauma and abuse leaves this sort of mark. It seems to define the very shape of our body, how we hold our chest or inahbit our bodies, how we breathe.  The easiest to spot are people who don't use their diaphragm when they breath. Their chest and someties their shoulders move but not their belly, indicating that the diaphragm is held; sometimes they even suck in their belly as they breath in.  Not connecting with our belly, pelvis and sex is a sure way to cut off from our sense of being powerful and fully alive.  The good news is that with some perseverance this habit can be changed and a fuller emotional and sexual life started.
Posted by Martin at Sunday, October 26, 2008 No comments:

How we get wounded 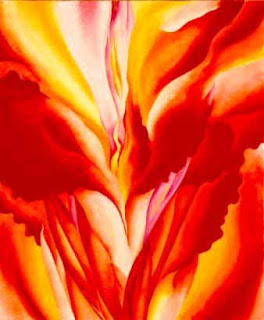 As babies we need to be mirrored, to experience ourselves and have our needs and desires validated. People generally have no problem in mirroring and validating a baby's need to suck for comfort and nourishment. A feeding baby soon evokes coos of approval. But, when babies and toddlers discover their genitals ... its a different story. Embarassment, distraction, or anger often follow. The child soon gets the message that meeting some of theirneeds is OK and others aren't.
Later as young children, caught in the trianlge with our parents we so much want to be validated by the parent of the opposite sex and not seen as rivals. We need our natural erotic longings to be gently appreciated and also contained and given the message that our genitals are fine as a source of pleasure.

In teens we need the opposite sex parent to give us a message that we are becoming a beautiful young man or woman. We need our delicate (particularly in girls) sense of being a sexual being in a sexual body to be seen and appreciated; but of course not invaded. Often, for fear of being seen as lecherous or fear of their own sexual feelings, fathers push daughters away or try and still see them as little girls or get so protective of them that they give the message that it is dangerousto be a woman. If the mother also doesn't model being a sexual woman who if fine about her body; then the teenager is likely to be psychologically in trouble; still not getting the accurate mirroring and validation needed to get a healthy self-image and body image and to feel good about their sexuality.
In my work I often come across this scenario and provide the permission, validation and healing to enjoy who you really are http://www.shivoham.asia .

Is this just vanity publishing I thought to myself; a vain attempt at making something permanent in the shifting virtual world of cyberspace? I don't think so. I want to share some of my experiences of how people can change; as that has been the passion of my professional and personal life through communal living, therapy, personal development workshops, tantra, relationships, inner and outer travel and much more. There is a lot of theory and a lot of experiences - all references to others are heavily annonymised!
Posted by Martin at Tuesday, August 05, 2008