We have become a very wordy culture. Perhaps it is all the texting and social media posts that have contributed. Perhaps it is the real absence of silence in our culture and opportunities to reflect in beyond words.

I have become interested recently in how words are used. They can be used to conceal as much as they reveal and the ubiquity of words and the speed of texting and speaking can hide what is behind them; particularly assumptions and claims. In our fast-moving culture uses of words and shades of mean can also change quickly.

For example, a couple of years ago it was almost unknown to hear anyone say “I feel triggered by/when……. “ . The first thing to notice, of course is that “triggered” is not a feeling or emotion in the way anger, fear, sadness, shame are. This is one of the peculiarities of the English language that the word “feel” can be used to express a thought, intention, desire, preference or emotion. The word “triggered” in this sort of context comes from recent understandings of trauma and in particular PTSD (Post Traumatic Stress Disorder). It refers to the fact that a relatively innocuous event in the present can cause the neurology to re-experience a past traumatic situation which will include being overwhelmed so the system can’t process it (which is what trauma is), and often have a visual component; a flashback.  The recent use of the word “triggered” seems to be adequately covered by the words, “upset”, or “hurt” unless the user has actually been catapulted back in to a real past trauma. The use of the word slightly medicalises the experience and takes it out of the hands of the experiencer – because in a real situation of being in a flashback you cannot choose whether to go there; it is automatic. It points to a person seeking the position of victim. The only real remedy is therapeutic work on the original trauma.

A similar thing has been happening over a longer period of time with the word “depressed”. Depression as a psychological condition is very real and to many degrees quite debilitating. In fact, at one end, there is psychotic depression which often needs hospitalisation.
Nowadays someone can claim to feel depressed that they have run out of biscuits! Similarly, I have noticed that sometimes people claim to have “a migraine” when it is more accurately a bad headache or be allergic to a food when it can be an intolerance or even a preference to not eat it.

This has always happened as language evolves. The word “gaudy” which now means “tastelessly bright, harsh or lurid” in the sixteenth century came from roots meaning “joyful” or “rejoicing”. There was certainly no negative connotation.

Of more interest to me at present it the use of words to signify a position. Currently there are many competing theories and ideologies and ideas in the world and many diverse subgroups and subcultures. In fact, I am not sure there is really one single culture at all anywhere in the world outside of a few isolated, traditional communities. Words can signify an alignment with a theory or position or group without every having to examine any of it.

For example, the word “heteronormative” is used increasingly. If we take the word itself then “hetero” is from the Greek meaning essentially “other” or “diverse” and “normative” has two related meaning that have become conflated here. The first meaning is prescriptive; creating certain standards or rules of behaviour. The second meaning is descriptive; for example, the median salary in a range. It means closer to “standard” or “usual” without any implication of correctness. English is the normative language spoken in England but there are many locations (including Oxford Street in London in summer) where that is not the case. The mixing of these two can easily suggest that everyone should speak English. So, in the use of a term like heteronormative there seems to be an implication of how things should be rather than a simple description of how things are. If out walking in England I meet someone I may speak to them in English. It is perfectly possible that they are in fact Polish and cannot understand or respond in English. I am not implying that they should speak English. This is normative in the descriptive use. Most people in England will speak English to some degree; that is simply statistics.  But the term “heteronormative” is not used to suggest that otherness is the usual condition. It implies a whole range of other assumptions connected to theories and ideas, which are not articulated and may be disputed.

To illustrate this, I will connect heteronormative to a set of ideas that I find very important. The Advaita or nondual tradition in spiritual teaching simply says that there is only Oneness. Atman and Brahman are one. There is no division and no boundary. This is the ultimate spiritual reality so anyone who believe in otherness creates an illusory division. The most profound teachings of tantra; in the Kashmir Shavite tradition are all non-dual.  Therefore, there can be no heteronormativity; no sense of otherness and certainly therefore no privileging of otherness. There is only One. Heteronormativity is to live in the illusion of separation. At the same time it is actually our everyday lived experience (except perhaps for some enlightened mystics); we notice day and night, hot and cold, comfortable and uncomfortable and usually male and female through the contrasts of difference. In sublime states; we lose the sense of “I” and of all separation.

In doing this I have claimed the term for my interests rather than subscribing to a different subculture. However; ultimately the meaning of a word is its use. So, the question has to be; its use within which group and what are the assumptions behind the use of the term in that group? The other very important question is the power of that group in relation to perceived other groups who may be more dominant or at least more numerous.

Continuing with the hetero and homo theme; the word and even the concept of homosexual really only began between the two World Wars (see The Invention of Heterosexuality by Jonathan Ned Katz). Most cultures for most of history have not concept of heterosexuality or homosexuality.  It seems now that there is an ever greater need to create terms and use them to claim an identity. It is precisely this reification of being and then the claiming of rights in relation to a supposed other (as a way of creating social justice and presumably social cohesion) that people like Jordan Peterson are questioning. I doubt if may readers can really distinguish between demiflux and demifluid! We now have the terrifying rise of incels; usually young males in Western culture who are involuntarily celibate. They feel empowered to create an identity and air their grievances to the point of killing people on at least three occasions in North America (See Link). 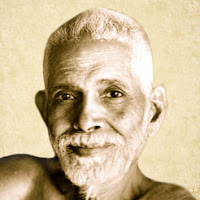 In the spiritual world the basic question of self-enquiry popularised by Ramana Maharshi with the question; “Who Am I ?” ; can lead to profound realisations. All labels and identifications impede this deeper realisation. Words obscure as much as they reveal. We are spaciousness; emptiness appearing as form; a wave in the ocean of consciousness.
At the moment I am reading The Radiance Sutras by Lorin Roche. He has lived for decades with the Sanskrit verses of the Vijnana Bhairava Tantra and his translations are sublime. He writes of the process of getting to know a Sanskrit word over years; getting to know the images which go with the meanings in the definition. These are words to live with and grow through.  Namaste!