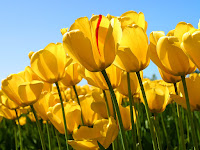 December 25th is not a particularly significant day for me since my children grew up. Christmas, at last the shopping is over and for most shop workers they can have a day off before the next shopfest of the sales. It is a rather arbitrary day other than that an a hugely elaborated Christmas story. The Winter Solstice a few days earlier is significant for me; the longest night and then the slow ascent of the sun as warmth, light and consciousness. In our tantric temple, at the exact time of the Solstice, I got out the homa, the inverted copper pyramid, and did the agni hotra ritual of chanting and offerings to the fire and the sun for its return and its gifts.
Its the same with New Years eve. Its just the calendar changing; arbitrary numbers - a totally human construction. Except this New Year's eve was different; it was a full moon and a partial lunar eclipse. I went to a ritual where we meditated to music for the ten Wisdom Goddesses.
About a week ago the date was 10/01/10 which some found significant. I don't. Its just numbers! And in a couple of years we have 2012 when so many seem to think a great change will come as the Mayans or someone said the world would end. My prophecy for 2012 is that it will be followed by 2013. Since calendars were invented people have been fascinated by the end of time. It blinds them to the present moment. Time unfolds, there is only the present, everything is important and nothing is really significant. Be here now.
Posted by Martin at Monday, January 18, 2010