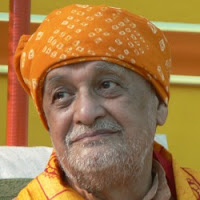 What is missing is devotion to a anything beyond themselves, and the use of mantra and ritual as a way of getting there. Mantra is the most powerful method of accessing sublime states of consciousness. Ritual holds the focus on the Divine not the small self. Through both you can touch emptiness. Any workshop is a taster; and at a festival even more so. A taste of transcendence can lead to a hunger for it which can propel the seeker further. In the West, without any shared  framework we can only offer experiences and hope that enough of the power of Shiva to witness and reflect is present that they can explore more deeply. I just wish it was easier to impart some of this quality. Shiva is more subtle than the power of Shakti and the festival is mostly a "fairground" of Shakti - sound, movement, music, intensity, brightness.  Such intensity is rather addictive and leads to a search for the next high which is away from the settling in to ease and real presence which is where consciousness can be found.
Posted by Martin at Saturday, August 20, 2011