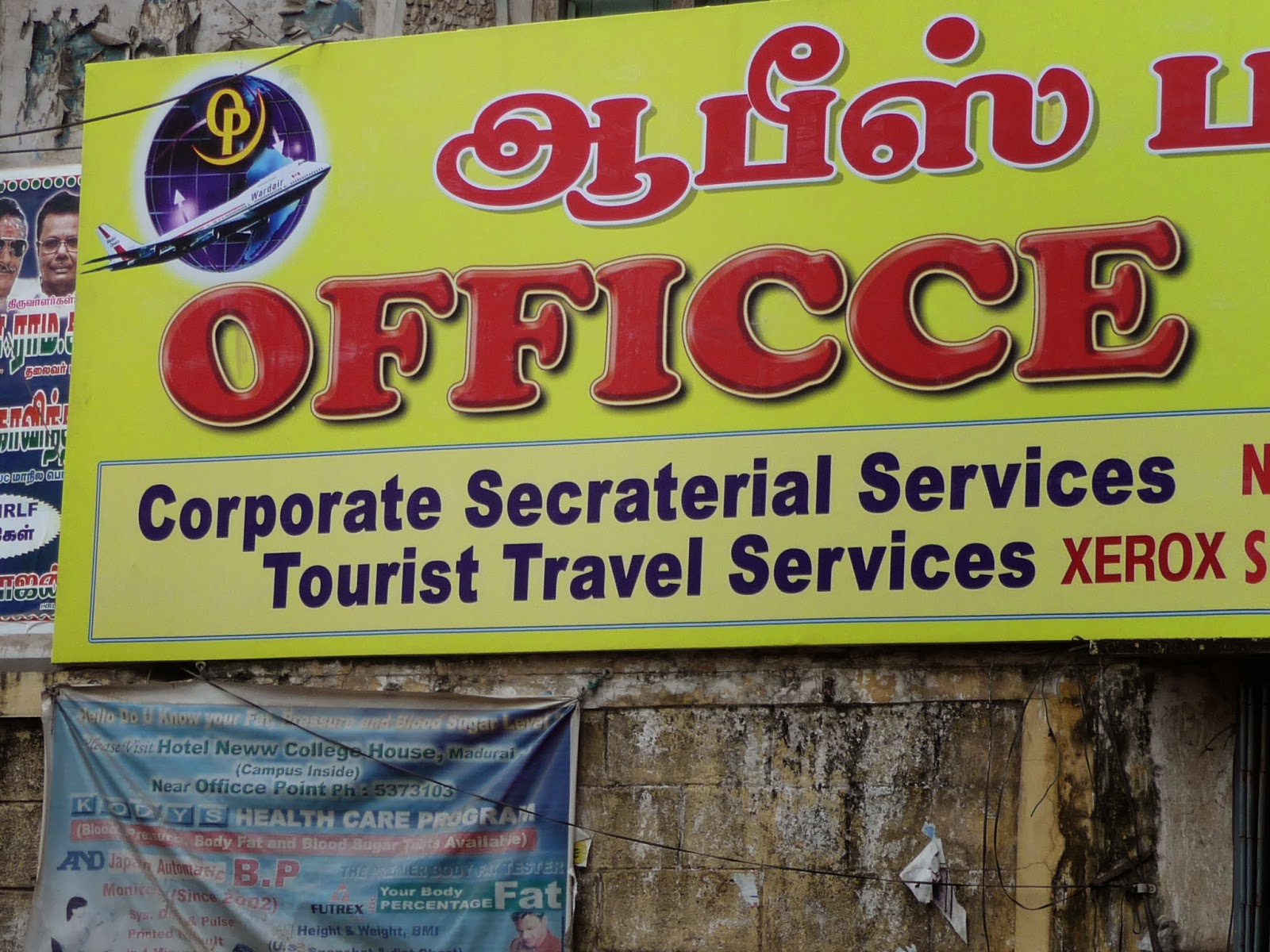 It’s often the quirky little things in a country that make it either delightful or infuriating. I’ve been nearly two weeks in India and done lots of very ordinary shopping with cash but have not yet handled a coin. When I came a few years ago there was still a one rupee note. Now I think the lowest denomination is five rupees; almost exactly 5p. Small change in shops is given in chewing gum or matches or biscuits. It’s delightful and I suppose means that you can’t deal with vending machines which would never read the dirty, worn banknotes of India, but with real people. More infuriating in Goa, a green fertile area is that green salad in a restaurant consists of thin slices of peeled cucumber (to remove all traces of green), and tomatoes, onions and carrots. I am beginning to think I must be crazy to want lettuce, spinach, watercress, rocket…I’ll gorge on that when I get home. Delightful, is India’s creative ways of spelling English words. Here is my favourite from an earlier trip;  If I was setting up a Secretarial Service I think I would check the spelling of the word before having the sign made!  Still, there are probably more native, mother-tongue English speakers in India than in England so perhaps we are wrong.  Mixed, is the constant power cuts. As I have a laptop; when the power goes I still have a couple of hours left to run and have never run out of juice yet. It’s just harder to see any paper documents and the novelty of candles on the table wears off after a while. Delightful is clichéd or old-fashioned English in the newspapers. A phrase like “the long arm of the law nabbed the ruffians in the wee hours.”  is not uncommon.
.
Posted by Martin at Monday, November 18, 2013